Roast duck, a popular meat commodity in Asian countries especially Taiwan and China, can produce many types of toxic compounds such as cholesterol oxidation products (COPs) and heterocyclic amines (HAs). The objectives of this study were to evaluate analysis of COPs and HAs in duck by GCeMS and UPLC-MS/MS respectively, and study their formation as affected by roasting methods including traditional oven, fan oven and superheated steam oven. Results showed that both high precision and accuracy was attained by using the QuEChERS method with reduced separation time of 14 min for 7 COPs and 4.5 min for 21 HAs by GCeMS and UPLC-MS/MS, respectively. The duck meat roasted in both superheated steam oven and traditional oven generated significantly higher levels of total COPs than fan oven, while for total HAs, both traditional oven and fan oven produced significantly higher levels than superheated steam oven. Compared to roast duck skin, a much higher level of total COPs was shown in roast duck meat, while a reversed tendency was shown for total HAs. Furthermore, the correlation between formation of COPs and HAs in roast duck skin showed no significant correlation (p > 0.05) for traditional oven, fan oven and superheated steam oven, while in roast duck meat, only traditional oven showed significant correlation (p < 0.05). However, by taking both duck skin and meat into account, superheated steam oven produced the lowest level of total HAs, while fan oven generated the lowest level of total COPs. Thus, the developed method can form a basis for determination of COPs and HAs in duck as well as by choosing an appropriate roasting method their formation can be minimized.[Full article] 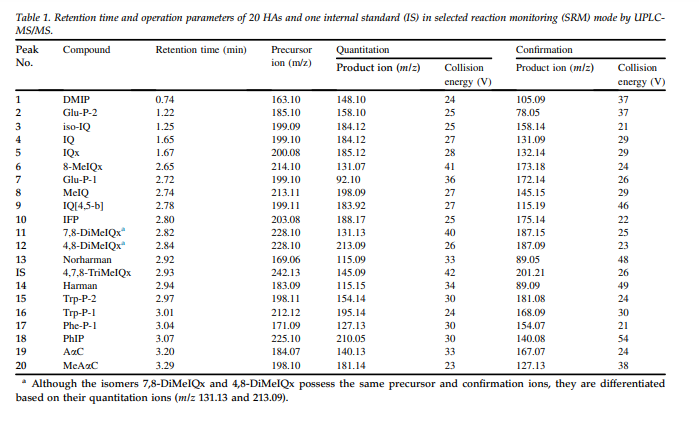