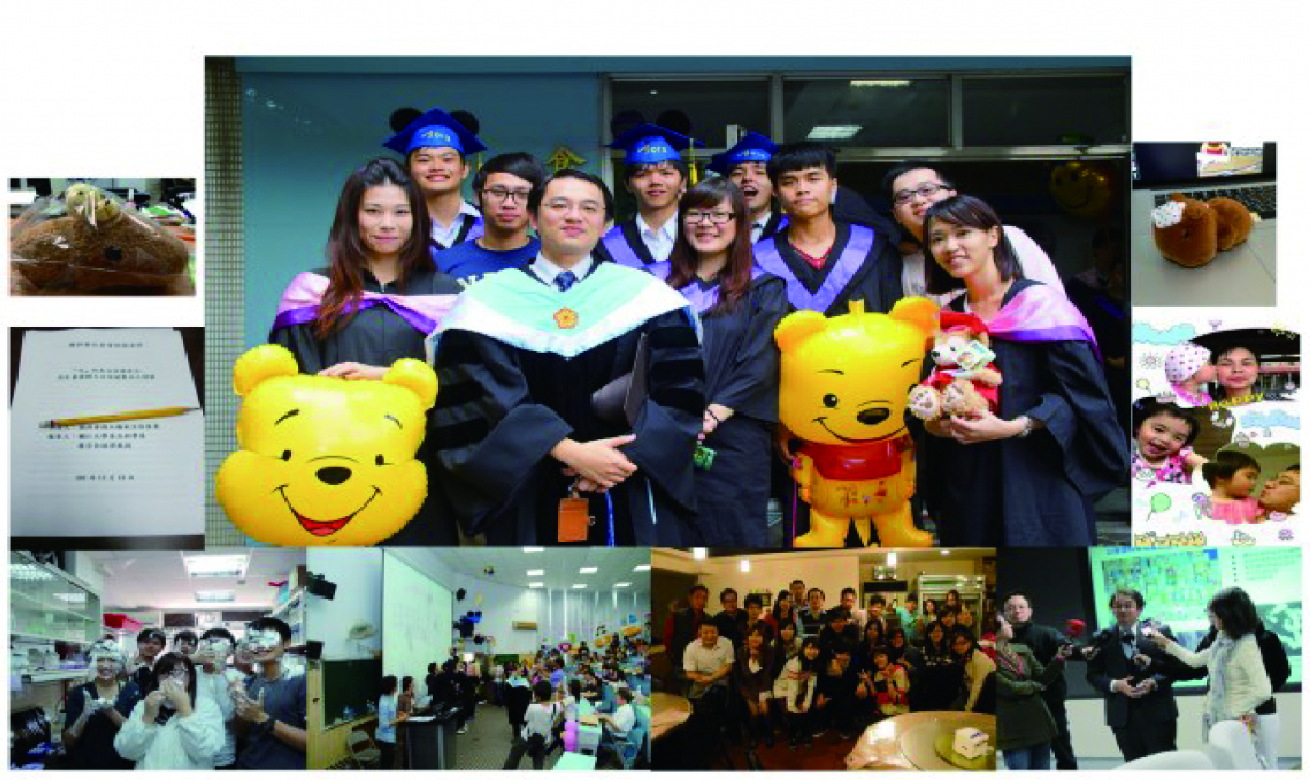 Biochemistry and nutrition of food components

Microorganisms play a major role in biotechnological applications, food manufacturing, and processing. Not only do they impart a good taste to food products but also improve their functionality, digestibility, and nutritional values. In addition, microorganisms are one of the most important factors affecting food safety. Most foodborne illnesses are caused by pathogenic fungi, bacteria, and virus, leading to significant economic losses. Building a food safety production system is the most important processes in the food or biotechnology industry. From the consumer perspective, the purpose of food production should be to produce the safest and highest quality foods. For this reason, our research team conducts in-depth investigations of the "beneficial" and "harmful" microorganisms with the field of Food Science. Research is performed on microbial identification, classification, fermentation and functionality, along with food safety, risk management and assessment of the outcome of basic rapid screening technology, and epidemiologic evaluation. Applied research is conducted by analyzing bacterial diversity in different microbial ecosystems including the oral and gut microbiota, development of bioreactors, allowing for a highly efficient functional ingredients screening. Finally, technology development leads to an improvement in the productivity and functionality in the food or biotechnology industry. Research conducted in our research team during the past decade is briefly described below:

1. Basic research and applications of fermented functional foods based on probiotics

In response to technological innovation and industry needs, our research team focused on the development of functional foods fermented with microorganisms, leading to the production of beneficial metabolites by microbial bio-conversion. Lactic acid bacteria (LAB) presents in the human intestinal tract and oral cavity is commonly used as a probiotic. It has been shown to benefit hosts (humans) significantly and is often used in the food industry for application. Therefore, the development of a new, multi-functional strain of LAB is an important direction of research of food science. Our research team had screened several LAB strains obtained from various fermented vegetables. Lactobacillus plantarum TWK10 (TWK10) exhibiting potential probiotic properties was isolated from Taiwanese fermented cabbage and used as the target to investigate.

1-1. TWK10-fermented soy milk and its functional ingredients in the improvement of hypertension and its associated vascular dementia (VaD)

1-2. Study on the whitening mechanism of probiotics-fermented soy milk on inhibiting melanogenesis

To respond to future healthcare market trends, the development of food segmented products could effectively stimulate the derivatization of new products. Among such products, the development of whitening healthcare products is an important directive in the cosmetic industry. We used LAB-fermented soy milk as a target and industrialization as an experimental approach to investigate these mechanisms. Theoretical verification was performed to understand the function and effective mechanisms of the developed health products, investigate their functionality, and elucidate their scientific basis. We investigated the inhibitory effects of LAB-fermented soy milk on melanogenesis in a cell model and confirmed the mechanism of reversible inhibition of melanogenesis in the melanocytes by the bioactive compounds, uracil and equol, which were isolated and identified from LAB-fermented soy milk. Based on the above results, it can be used in the development of skin care products or cosmetics.

Gut microbiota in the human body affects host metabolism, energy balance, and body composition. It is a vital factor affecting energy conversion and use, which affects exercise performance. Our research team and Professor Chi-Chang Huang from the National Taiwan Sport University jointly studied the effects of TWK10 on exercise performance, anti-fatigue-related physiological markers, and gastrocnemius muscle fibers in mice. Mice that were continuously administered TWK10 for 6 weeks exhibited a significant increase in exercise capacity and changes in the gut microbiota, subsequently leading to changes in their in vivo energy metabolism, such as the catabolism of short-chain fatty acids, butyrate, and glucose, improved energy harvesting, and increased exercise endurance. This reduced blood lactic acid and creatine kinase levels in mice, thereby increasing their exercise performance and achieving anti-fatigue effects.

Djulis (Chenopodium formosanum Koidz) is a species of indigenous cereal plants in Taiwan. Betalain is known as a natural pigment and antioxidant used in food industry. It is rich in nutrients such as dietary fiber and other trace elements. Djulis is used in food processing to make beverages, rice balls, rice wine, and puffs. In the last two years, our research team has worked on the development of beer brewed with djulis by investigating djulis with and without husks, germination time of djulis and bud length, mashing conditions, screening yeast strains, sterilization, and aging. Sensory evaluation of the beer brewed with djulis was performed as well. At the same time, we also analyzed the functional components in beer brewed with husked djulis. This would enhance the innovation and economic development in industrial techniques and increase the added value of traditional local agricultural products.

In addition to publications, the research findings of our research team would be used for industrial-academic collaborations, technology transfer, and patent portfolio, thus supporting industrial usage. Such collaborations would be first based on market survey and planning of the general direction of the product, before academic evaluations on consumer behavior and product recognition are performed through statistical survey experiments. This would jointly form a product concept to be developed. Furthermore, the academic research team would evaluate the safety and function of the biotechnology (food) product. Thereafter, market assessment, function evaluation, and the determination of functional ingredients for quality management would be conducted along with designing the product for the development of a prototype. At the same time, we would simultaneously conduct the separation, purification, and identification of functional compounds in the fermentation products. We hope that more health products could be developed based on theoretical verification. In addition to the research findings, we hope to provide a valuable theoretical basis for product development and efficacy claims, providing a foundation for setting efficacy markers, and a scientific basis for the product.